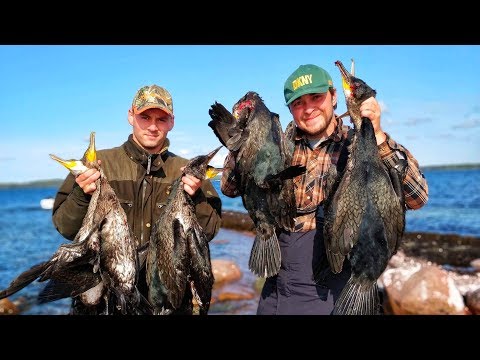 We´re shooting the cormorants on Åland, where it´s legal to do so. Why we kill them is not because we want to, it´s because something has to be done with the population before it´s to late. It´s an invasive species that don´t belong here, and studies show that they´re eating between 0,5-3 kg of fish per cormorant per day. You do that math. There are hundreds of thousands in the area (Stockholm/Åland/Finland) so the cormorant will not go extinct, but it´s just way to many of them. Scientists have proved that the cormorant is one of the main reasons why the trout population in Älvkarleby is almost gone. (Don´t worry, we´re not becoming a hunting channel, we just felt like there´s way to much talking of what to do with the bird, not actually doing something about it)

I SHOW YOU HOW TO CATCH A FISH IN JUST…

UV Hook vs Normal - Do You Catch MORE Fish?!…

https://www.youtube.com/watch?v=1uT49_wbDtw We are using the new Dropshot UV Hook from...
naamisuvanto

https://www.youtube.com/watch?v=zu20jEig3ik We are exploring new areas with our Jon Boat...